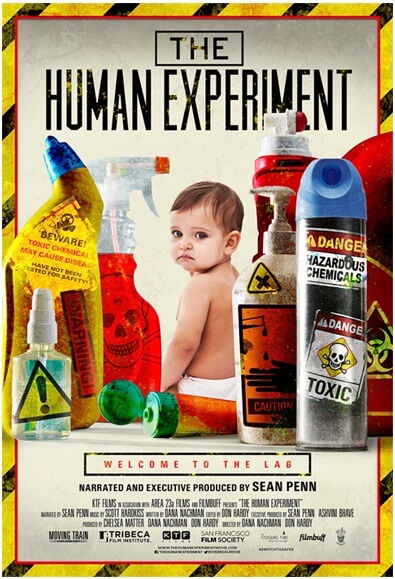 Synopsis:
This eye-opening documentary narrated by Sean Penn brings to light the fallout of the last 40 years of the chemical revolution. As we are exposed to more and more chemicals in our every day lives, our collective health is being threatened. With incidents of cancer, infertility, and autism growing exponentially, the film exposes the issues that we need to face and respond to as a community.